During the coronavirus pandemic, multifamily operators across the country have implemented self-guided tours, virtual tours and recorded video tours to continue leasing in a social-distancing environment.

But these solutions are important in any environment. Prospective renters need to be able to shop for an apartment the way they want – and many prospects want to experience an apartment community through these methods rather than the traditional, in-person leasing agent-led tour.

That was one of the big-picture takeaways of Part II of “Automated Apartment Tours and Leasing,” a free webinar from the Apartment Innovation and Marketing Conference (AIM) that helps operators learn more about digital-centered showing and leasing solutions. 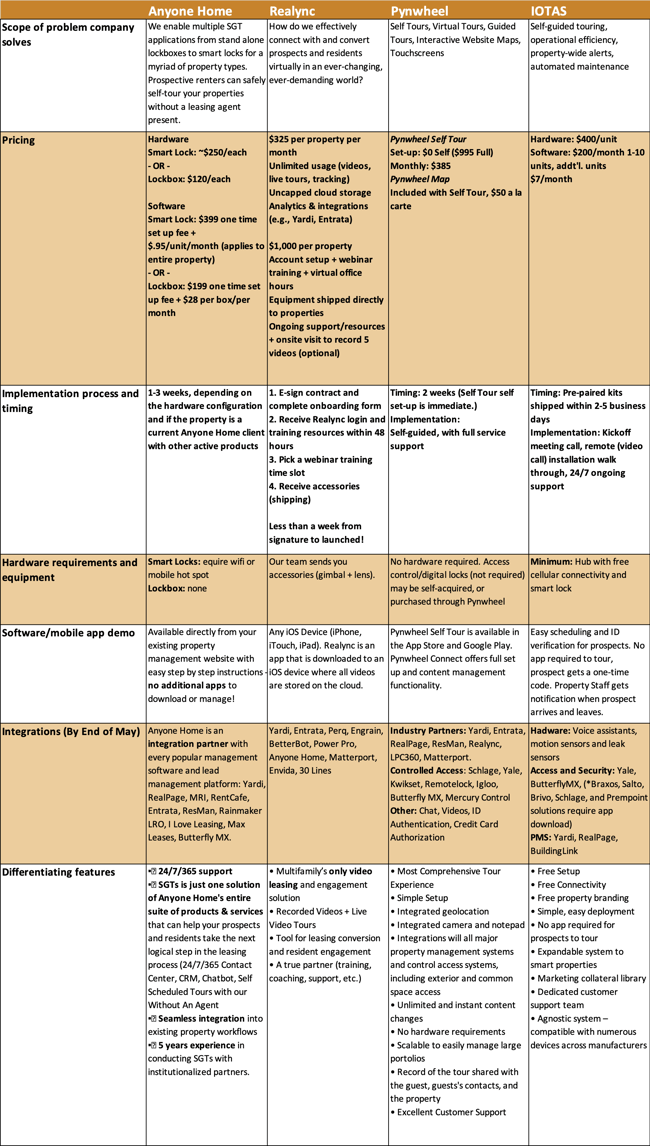 Todd Katler, CEO of Anyone Home, a provider of various prospect-engagement solutions including self-guided tours, told attendees that apartment properties today have to allow prospects to “trade in their own currency.”

“We believe that everyone should get to choose what they want,” Katler said. “Perhaps the best modern-day example of that would be Zappos – anyone who’s ever done business with Zappos knows that they are a paramount leader in customer satisfaction. Part of the reason for that is they are agnostic in how you interact with them [whether it’s phone, text, email or chat.]”

Katler outlined a series of stats that show the power of giving prospects the option to take self-guided tours. For example, apartment communities traditionally haven’t allowed prospects to take a tour within two hours of first reaching out to a community. But, according to Katler, 62% of people who use a self-guided tour and subsequently lease complete that tour within 60 minutes of their initial inquiry. “This is an example of how you can enable prospects to engage with you the way they want to with very little effort,” he said.

Also, 20% percent of prospective renters who self-tour do so outside of a community’s regular leasing hours. “That’s really powerful – let them do it when they want to,” he said.

“That power of choice, engaging with prospects and residents in the ways they want to be engaged – that’s what it’s all about and that’s where our product fits in as well,” he said.

Realync allows leasing associates to create and edit property videos that can be sent to prospects. The company’s platform also enables leasing teams to conduct live video tours that a prospect can view remotely. In addition, associates who are working from home can use Realync to host video calls with an apartment shopper, during which they can show pre-recorded videos to the prospect.

Prospects may want to view videos of a community for a variety of reasons, according to Rangarajan. “You have people who have busy work lives, have busy lifestyles outside of work,” he said. “You factor in distance constraints with people who are remote and looking to rent out of state, scheduling conflicts amongst multiple decision-makers – the list goes on and on.”

Pynwheel’s self-tour app allows prospects to take and store their own photos of a community and add their own notes about the property, according to company Founder and CEO Jennifer Cyphers. The app also enables prospects to begin the application process during or right after the tour, and, when the tour is over, it provides them with a record of the tour that includes their photos, notes and other materials.

Self-guided tours can help prospects who may not be able, or may not want, to take an associate-led tour feel more comfortable about a community, Cyphers said. “It’s a trust issue – they need to go to the property to see with their own eyes and make sure that the property matches up to what they’re seeing online,” she said.

IOTAS accelerated the release of its self-guided tour solution after the pandemic struck in March, said Sce Pike, CEO of the company.

The implementation process for the solution takes approximately one to two weeks, according to Pike. Among the notable aspects of the technology is that it doesn’t require prospects to download an app, and it also notifies a community when a prospect has arrived for a self-guided tour and automatically locks room doors after a prospect leaves. And there’s more to come.

Want to see the slides?

Just fill out the form below and we will share it you!

Topics: Automation Self Touring Webinar
> Read More About this Topic

Want to stay up-to-date on innovation and marketing in multifamily?

No thanks, we enjoy struggling!

Get this [offer type] for [targeted persona] to solve your [persona's pain point].

Your [pain point] can be solved by our [your methods] covered in this [offer type].

More than 100+ people have downloaded this FREE [content offer] - give them proof!